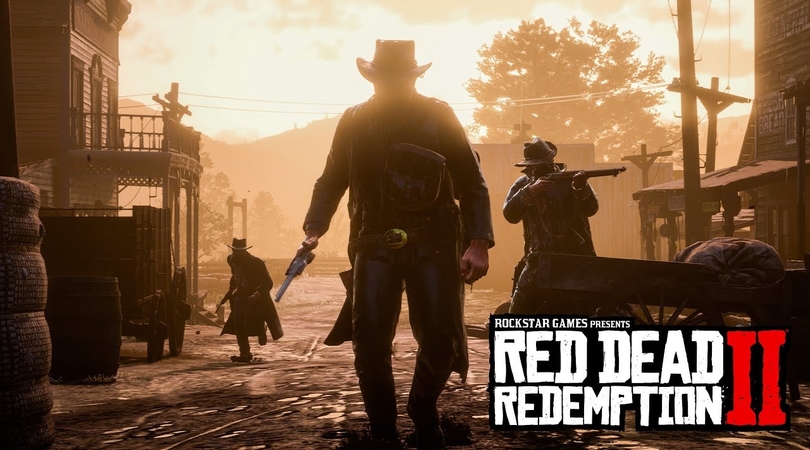 Red Dead Redemption 2  is a Western-themed action-adventure game developed and published by Rockstar Games. It is a prequel to the 2010 game Red Dead Redemption, and the third entry in the Red Dead series. Was released for PlayStation 4 and Xbox One on October 26, 2018.

Red Dead Redemption 2 is a  played from either a third or first-person perspective and the player controls Arthur Morgan, an outlaw and a member of the Van der Linde gang. The game features both single-player and online multiplayer components.

During IGN's first look preview on the topic of how player choices can affect interactions and missions, Rob Nelson, Co-Studio Head at Rockstar North, said: "We try to give you options within a lot of these missions to choose how you approach it, whether you'll send your buddies in first or whether you'll go in first".

Red Dead Redemption 2 features item degradation, with equipment such as weapons requiring cleaning and oiling. The player can visit a  to change hairstyles; however, styles can only be cut from how much hair Arthur has, with his hair growing realistically over time. Arthur can also gain or lose weight depending on how much he eats.

When hunting an animal, players will need to move slowly and carefully and watch the wind direction to avoid alerting their prey. Choice of weapon and shot placement are also important and will affect the quality of the meat and pelt, which in turn affects the price that traders will pay for them. If prey are injured, they will try to escape.