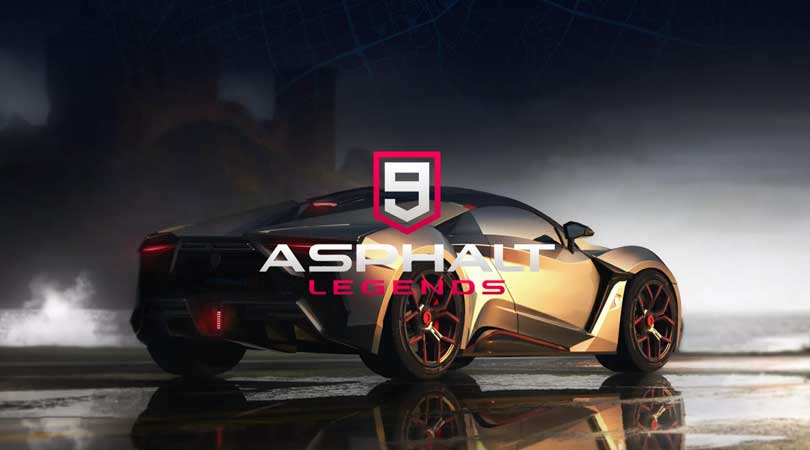 Do you guys like racing games? So, here 3 best android racing games of 2018 for your ultimate driving experience!

Gameloft Barcelona has published Asphalt 9: Legends on 25 July 2018, it is the ninth main installment in the Asphalt series. In comparison to previous entries, there are several new and improved features, such as a prestigious car lineup, new control schemes and race modes, and the reimplemented "nitro shockwave" from Asphalt 6: Adrenaline. The graphics are also considered significantly improved compared to its 2013 predecessor, Asphalt 8: Airborne.  There are 48 cars for players featured in the game, many of which are from prestigious manufactures. Like previous installments, each of the cars belong to a class progressively featuring higher performance and rarity: D, C, B, A, and S. All cars in the game now require "blueprints" to unlock and level up.

Horizon Chase is an arcade racing video game developed and published by Aquiris Game Studio. It was released on August 20, 2015, for iOS and Android. A 3D game, it touts the fact that it has a unique retro aesthetic inspired by 2D, 16-bit titles. It soundtrack has been referred to as "Sega-core", in reference to that publisher's classic racing games.

In 2018 a revamped version of the game, called Horizon Chase Turbo was released for the PlayStation 4 and PCs. This version includes enhanced graphics, more cars and tracks, and presents new features like local and online co-op modes. It has also been confirmed that it is in development for the Xbox One and Nintendo Switch.

Need for Speed: No Limits

Need for Speed: No Limits are a heavy focus street racing game with vehicle customization and avoiding the police.

Most cars in the game can be customized with wheels, body-kits, widebody kits, paint jobs, and wraps, in addition to performance upgrade. Unique cars acquired from time-limited special events (as well as Ferrari cars), however, can never be visually customized.