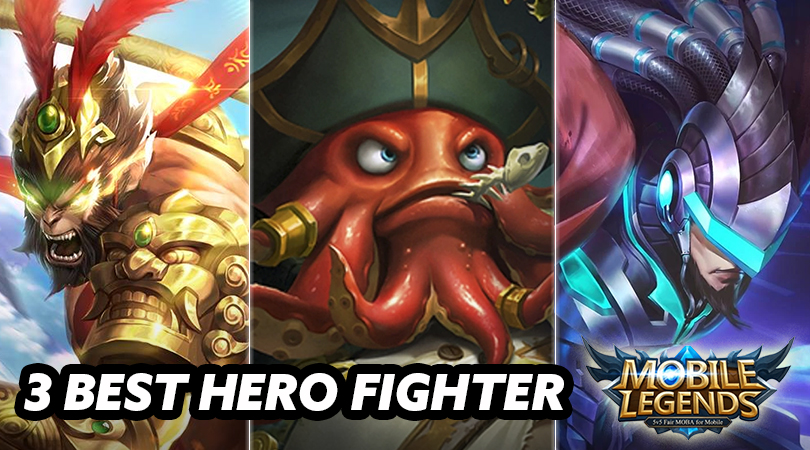 Hero fighter who can initiate this is very deadly, especially if the player has mastered the positioning and timing when using the skill. He is also very flexible because he can become a tank or damage dealers depending on the build and emblem. Coupled with a high lifesteal, Alpha is almost difficult to die if it has a qualified item. One way to counter this hero is to buy heal effect reducing items that will make the enemy Hero lose one main item to make Alpha helpless.

Bane is the hero who experienced the most changes when reworked, of course with the massive update that Montoon did to make it one of the best fighters at the moment.

Bane's passive skill is actually almost exactly the same as the previous version. Every 6 seconds, Bane's physical damage increases by 60%, damage splash 100%, and gives a slow effect to the enemy. The difference is, the Shark Bite version of the rework has an additional 0.5 second cooldown reduction for this skill if you manage to attack the enemy that is hit by the "Inked" mark from the Crab Claw Cannon skill. Second skill,when using this skill Bane will fire a cannon towards the enemy with damage of 225 (+ 160% extra physical attack). This skill no longer has the effect of reducing armor to the enemy. This skill left the "Inked" effect which made the enemy slow and had a chain effect on other skills. Third skill, when you use this skill, Bane will drink his favorite wine, then add his own cellphone of 260 (+ 200 magic power) and a speed of 30%.

The difference is, the heal effect only applies to yourself, not like before that can also be heal friends friends. Skill ulti Functionally, this skill is almost the same as the previous Air Assault skill. Bane attacks the area in the form of a whirlpool containing a horde of sharks that can attack two enemies at once with physical damage of 80 (+ 50% extra physical attack). This skill can also damage enemy Turrets by 15%.

Enemies in the vicinity of the Sun or the doppelganger will experience a physical defense reduction of 8%. The reduction can be stacked up to three times.

Sun will throw his golden stick in the intended direction and then damage physical damage to the enemy in the path of 250 (+ 60% Total Physical Attack) points. Enemy heroes or monsters that are hit by a golden stick will experience a decrease in walking speed as much as 60% for 2 seconds. At that time, Sun will make a doppelganger to attack the enemy. Doppelganger has a power of 40% from the Sun status and lasts for 5 seconds.Instantaneous Move (Second Skill) Sun and the doppelganger will launch attacks immediately to the target enemy. The attack will give a physical damage of 180 (+ 60% Total Physical Attack) points.