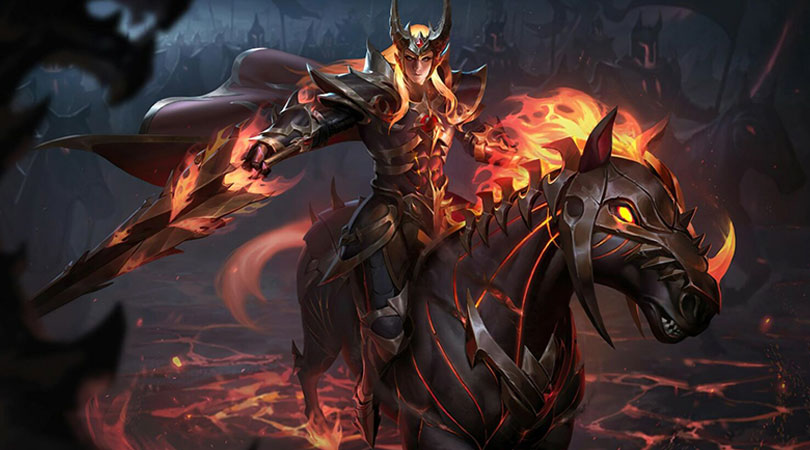 Mobile Legends Tips to Counter Leomord, Use These Heroes!

Recently, the hero Leomord has been feared again and is often a hero banned by the enemy team for rank mode in the Legends and Mythic tiers.

Moonton had again buffed Leomord in which giving him an absolute critical damage after the opponent's blood is 50 percent. The buff is also overwhelming and perfectly fits into the current meta hero in Mobile Legends, for hero jungler. Leomord suddenly has becoming a Tier-S jungler hero in late game with his CC and thickness body.

Just in case the opposing team succeeds in using this equestrian hero, we must prepare a counter strategy by using the following three heroes.

By using Fredrinn, especially on jungler role, we can definitely win against Leomord. Why? Because we rely on his thick health pool plus the successive skills to counter the impactful skills and CC made by Leomord.

Fredrinn the jungler will be very troublesome for Leomord because the horse hero will be very easy to take down when his position is locked.

You probably won't guess that Alucard can atually counter Leomord, but as is was suggested by Antimage that fighting Leomord would be easy if using jungler Alucard. His power in the early game far exceeds Leomord, whose DPS isn't as flashy as Alucard's.

The battle for Alucard vs Leomord will be very tough, plus Alu has a continuous attack mechanism with basic attacks, plus the heavy regen from his combos, Leomord is certain unable to do anything.

The last counter hero is Martis, who is ultimately the common enemy of Leomord in the game. Leomord might have more damage, but Martis' capacity ravages war and his anti-CC is really OP.

Martis with a full tank build won't be that easy to beat Leomord. He wasn't purely a counter to the hero, however his broader skill mechanics were the reason he was an equal opponent for Leomord.

There you go, three heroes that we would recommend to eliminate the Leomord factor in the enemy team. Don't you agree to it? Or you may have another answer for how to counter Leomord in Mobile Legends? Please share your answer here in the comment section!