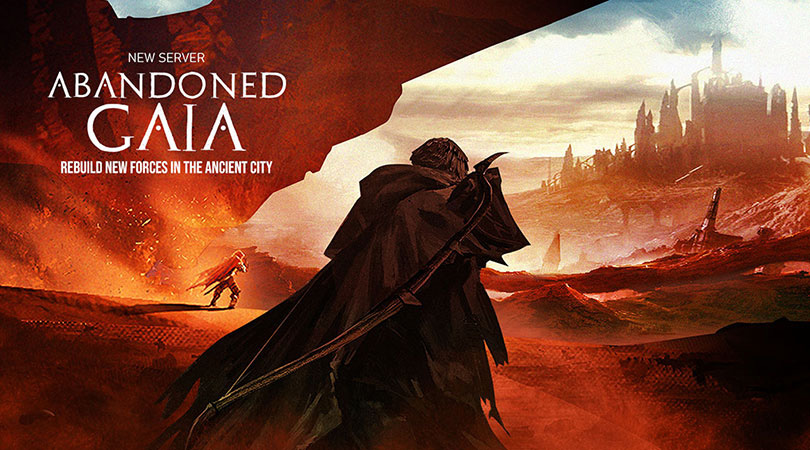 From the last battle in the CROW'S PERCH, some fallen legends have wandered the outer land area i search of a new home...

With their broken armors and fatigue bodies, these men are kept going and hoping to find the forgotten ancient city called the ABANDONED GAIA!

Will their hope to gather all of the fallen legends and rebuild new forces be strong enough to claim back the throne in Vow City? You are their only hope...

Finally, it was awake and applauded the new brave souls that entered..

WHAT'S ON - The Abandoned Gaia

As a fresh start for all players in Abandoned Gaia, we present many events that will provide all your needs to level up and grow more power!

To further enliven the opening of the new server, RON offers a 50% discount promo for all direct in-game purchases via Google Pay!

In addition, if you send a screenshot of the transaction you made via PM to the RON Official Fanpage, you will receive an additional bonus!

Limited to the first 100 players who send proof of transaction, yes!

Players who reach Level 55 & 65 will get Cashback and Items!

Players who manage to reach a certain level on the new server will be given some various attractive prizes and bonus Cashback Credits (LinkAja)!

For players outside Indonesia, bonus Cashback Credits are given in the form of bonus items with the same value of the credits.

Come on, grind together and raise your level on the new server!

For every purchase esclusively on PayandPlay, you will get the triple value amount of purchased diamonds.

Not to forget, of course, the exclusive Top Up special promo through the PayandPlay site, which now doesn't only give double value for every Diamonds purchase!

But, now all transactions through PNP will receive THREE TIMES the amount of Diamonds huh!!

When else will there be a promo like this CRAZY!!! Buy Diamonds now for more profit!!!!

In the new server; all players will compete to be THE BEST in some categories and rewarded!

1. TOP THREE GUILD; all members of the winning guilds will get:

2. TOP CLASS; the top player of each class will be rewarded

3. HIGHEST LEVEL; in the event time period, two players with the highest level on leaderboard will win the prizes. Both winners will be rewarded as such:

As one of the most competitive features in RON, we want to appreciate all the guilds that had managed to win 4 times in every month period. The members of the winning guilds (maximum 20 members) will be rewarded as such:

We will give LinkAja Cashback Credits for several amounts from some active events or top-up transactions.

For players outside Indonesia, there will be in-game items worth of the LinkAja Cashback Credits.

For players from the old server who play in the ABANDONED GAIA will be given rewards, if they log into the game for at least a week.

In order to replace the Ramadhan Packages promo that has ended, we have prepared the latest variety of choices at affordable prices that you can buy via PNP!

Each pack will include the items listed on the side, at a very affordable price for all players!

COME AND JOIN THE NEW WAR AT THE ABANDONED GAIA!