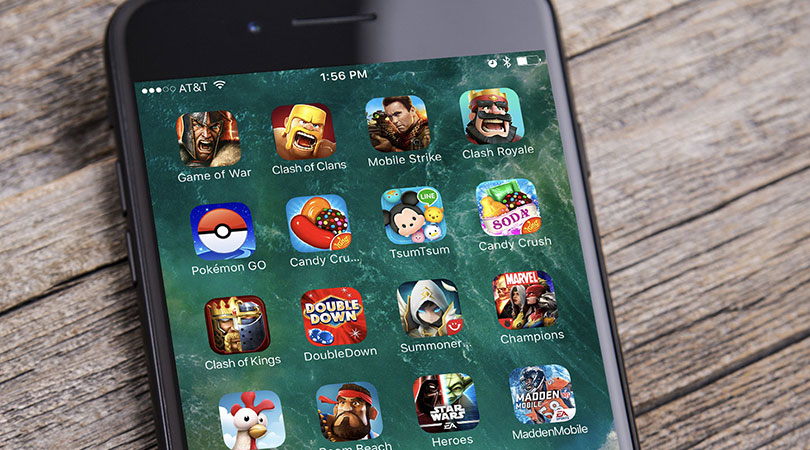 5 Most Viral Android Games Before Among Us

In an instant, an Android game can gain high popularity shortly after its release even though it doesn't carry good quality graphics or any high complexity in the game. Just like a game called Among Us, which is being so much loved by many people.

However, before this game, there were already many Android games that were very popular and even went viral throughout the world. Here are 5 games before the release of Among Us this year that had dominated the mobile platform with a free label for smartphones! Do you remember?

Almost impossible that any gamers would never play this before. Yup, Flappy Bird is so viral in its time and making so many people trying very hard to avoid all of the pipe gaps.

It is very difficult to control the birds we play to stay balanced. At that time, Flappy Bird was played by more than 10 million people per day. It made the creator of the application from Vietnam, Dong Nguyen suddenly rich so he made a profit of 100 thousand US dollars per day, just because of advertising.

In 2016, Nintendo and Niantic officially released the AR game from the Pokemon franchise called Pokemon Go. So one of the best-selling game franchises makes hundreds of millions of players download this game right away. In fact, this game had made its own trend and made players hang out together when hunting Pokemon.

Pokemon Go is still being played by millions of players who are loyal to it. After years of release, this game remains loyal to provide new content and provides many exciting activities for its players. In fact, this game can also be enjoyed competitively because of the faction system that is in it.

Once known as the "worm game", Slither.io went viral in 2019. In fact, this game is also broadcast by many game streaming content creators in the country. With simple gameplay, Slither.io combines survival with other players in a battle royale in a classic style of Snake game.

In the game, players have to hunt for food and can twist other players to kill it. Later, the bigger worms will get higher points and can smash each opponent. But, being big is also not a solution because later, our worms will be slow and easy to target by other worms.

Not all games that have gone viral have been made abroad. There are also applications made by local developers that were viral and played by many people. One of them is Duel Otak, a quiz-themed game that can be played in multiplayer with friends.

In this game, we can challenge a friend to choose a quiz that must be answered. Later, the score depends on the correct answer and the speed with which we answer. Sure, you've probably already installed this game to challenge your friends and prove who's smarter.

Finally, there is a battle royale genre game that managed to appear popular because it was released earlier than PUBG Mobile. Yup, until now, Free Fire is the most successful battle royale for android game perched as the Top Grossing on the Play Store.

With a simpler gameplay, this game has captivated the hearts of many shooter game lovers. But, many also dodge because this game is more popularly played by teenagers or young children because the game is easier. Since its release in 2016, this game has been played by hundreds of millions of players!

So, which one is your favorite? And, what could be the next viral android games in the future?