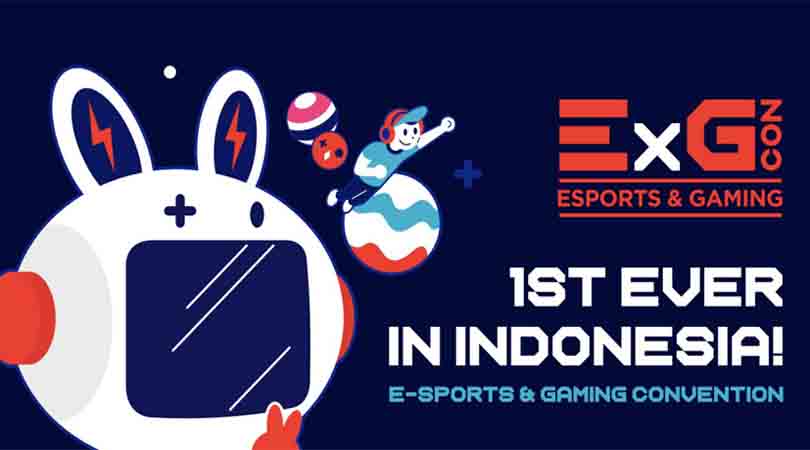 EXGCon, a gaming convention and the first esports in Indonesia again gave a surprise to the fans of the gaming world in Indonesia. Held for 3 consecutive days starting from the 13th to the 15th of December 2019, EXGCon offers a variety of events ranging from Scavenger Hunt, Indonesia Gaming Award awards, Meet and Greet awards, Cosplay Parades, Experience Zone, to various exclusive experiences that can only be found at EXGCon.

In order to provide an unforgettable experience for visitors, EXGCon presented dozens of supporters of the event starting from international and local cosplayers, pro players from various top Esport teams, influencers to Indonesian musicians. Visitors will be presented with a Cosplay Parade filled with more than 35 international and local cosplayers such as Yosuke Sora, Nessa Rose, Lola Zieta and Larissa Rochefort.

In addition, visitors also have the opportunity to meet directly with well-known pro players in Indonesia such as Lemon, Udil and Luxxy Zuxxy in the Meet and Greet area.

At the Experience Zone, visitors can enjoy special zone offerings from the AKG Games, Megaxus and Garena Indonesia. Not only that, visitors will feel the sophistication of VR games, GT SIM and games popular like PES 2020, Tekken 7 to Street Fighter V. Especially for fans of the Call of Duty Mobile game, EXGCon provides a platform to showcase their expertise through the EXGCon CODM Tournament Zone and the chance to compete against the winners of the CODM Major Series Tournament offerings from Garena Indonesia.

Besides watching music performances from JKT48, Weird Genius, UN1TY and dozens of exciting games, EXGCon also held Scavenger Hunt on the second and third days. By only collecting stamps from a number of Experience Zones that have been provided, visitors have the opportunity to get prizes and grand prizes worth tens of millions of rupiah.

Premier at EXGCon: 3rd Series Pokemon Card Collection
AKG Games, which is the exclusive partner of The Pokémon Company and the main licensee of the Pokémon Game Card Collection, also offers a special experience for Pokémon Indonesia paratrainers. The trainers will witness the first launch of a card from the 3rd series titled Hidden Shadows at EXGCon.

Beginner trainers also have the opportunity to get the latest tips by following tutorial sessions, while experienced trainers can take part in tournament sessions that are the result of collaboration with the Arcanum Hobby Store. All trainers will compete to win a total prize of 1 million rupiah, including the Series Booster Box to 3 Hidden Shadows.

Not only that, Pikachu will also be present for sesimeet & greet with all Pokémon fans in Indonesia.
EXCLUSIVE! Launching the Latest Game from Megaxus: Legend of Kingdoms Megaxus, one of the EXGCon partners, enthusiastically participated in this year's EXGCon event by bringing its latest game titled Legend of Kongdoms (or abbreviated "LOKI"). LOKI will be released exclusively the first time on EXGCon. 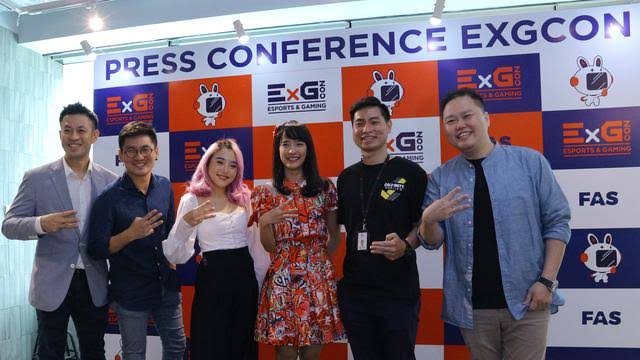 The game that carries the Multiplayer Online Battle Arena (MOBA) genre has unique features that cannot be found in other MOBA mobile games that have been circulating at this time, such as Ward, Sentry, and Courier features.
"Through this EXGCon event, we hope to be able to introduce the Legend of Kingdoms here to the Esports Players and Professional teams so that in the future, Legend of Kingsdom will enliven the world of Esports in Indonesia," said Eva Muliawati, CEOMegaxus.