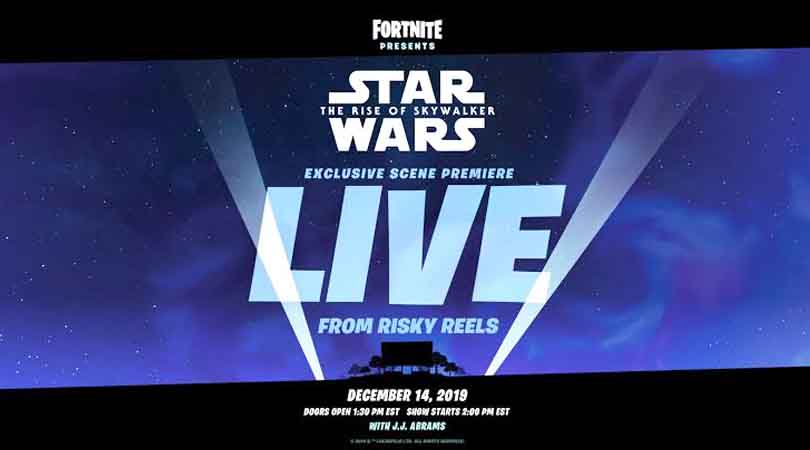 Fortnite continues its transmedia of Star Wars with an exclusive broadcast of a scene from the upcoming Star Wars: The Rise of Skywalker film from inside the battle royale shooter itself.

This isn’t the first time that Fortnite has been host to some unique live events. Readers will recall that DJ Marshmello held a live concert from Pleasant Park, with the claim of “millions” in attendance. 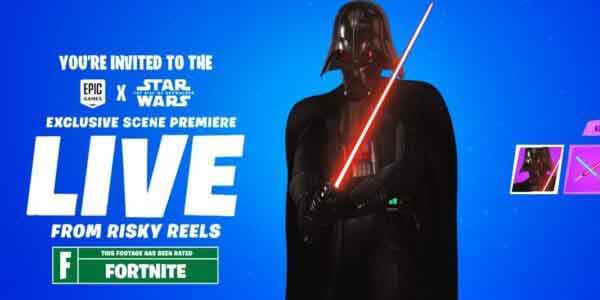 The Star Wars clip movie premier will live on Saturday, December 14th, on Risky Reels ( (Risky Reels, is a drive-in theater inside the game)at 2:00 p.m. EST is the time for the exclusive footage reveal. 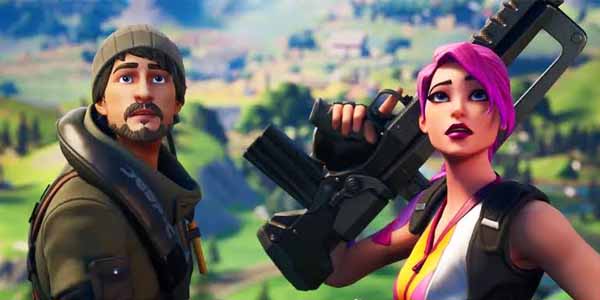 The clip reveal is the latest collaboration between the game and Star Wars. Last month, Fortnite offered an Imperial Stormtrooper outfit for a limited time.

The event is also promising to feature J.J. Abrams himself, or at least perhaps a digital facsimile of him. Players are invited to head in early as Risky Reels will open its doors at 1:30 p.m. EST.

Fortnite is available on PlayStation 4, Nintendo Switch, Xbox One, PC and Android and iOS devices.