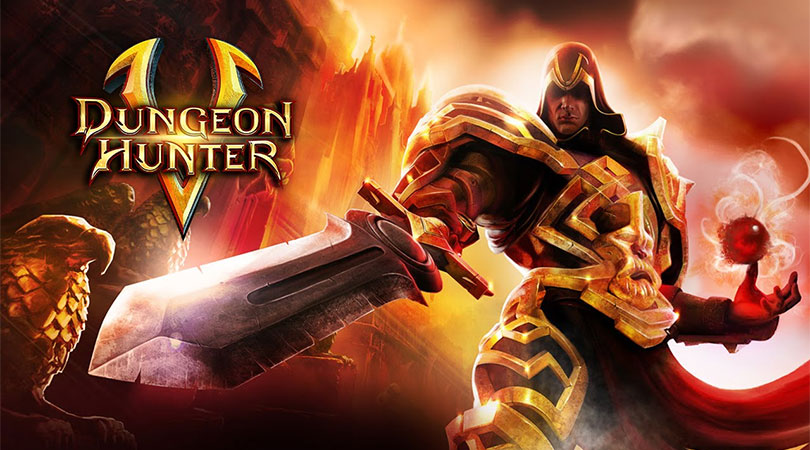 Dungeon Hunter 5 is a 2015 hack and slash role-playing game developed and published by Gameloft. It was released on March 11, 2015, for iOS, Android, Windows Phone and Windows 10 devices. Fate has thrust the land into an age of chaos that ushered in the rise of darkness. Now, the people must fend for themselves against bandits, monsters and other terrors. However, for mercenaries and bounty hunters, this is an age of unbridled opportunity and prosperity, for justice always demands a high price, and their business has never been better! 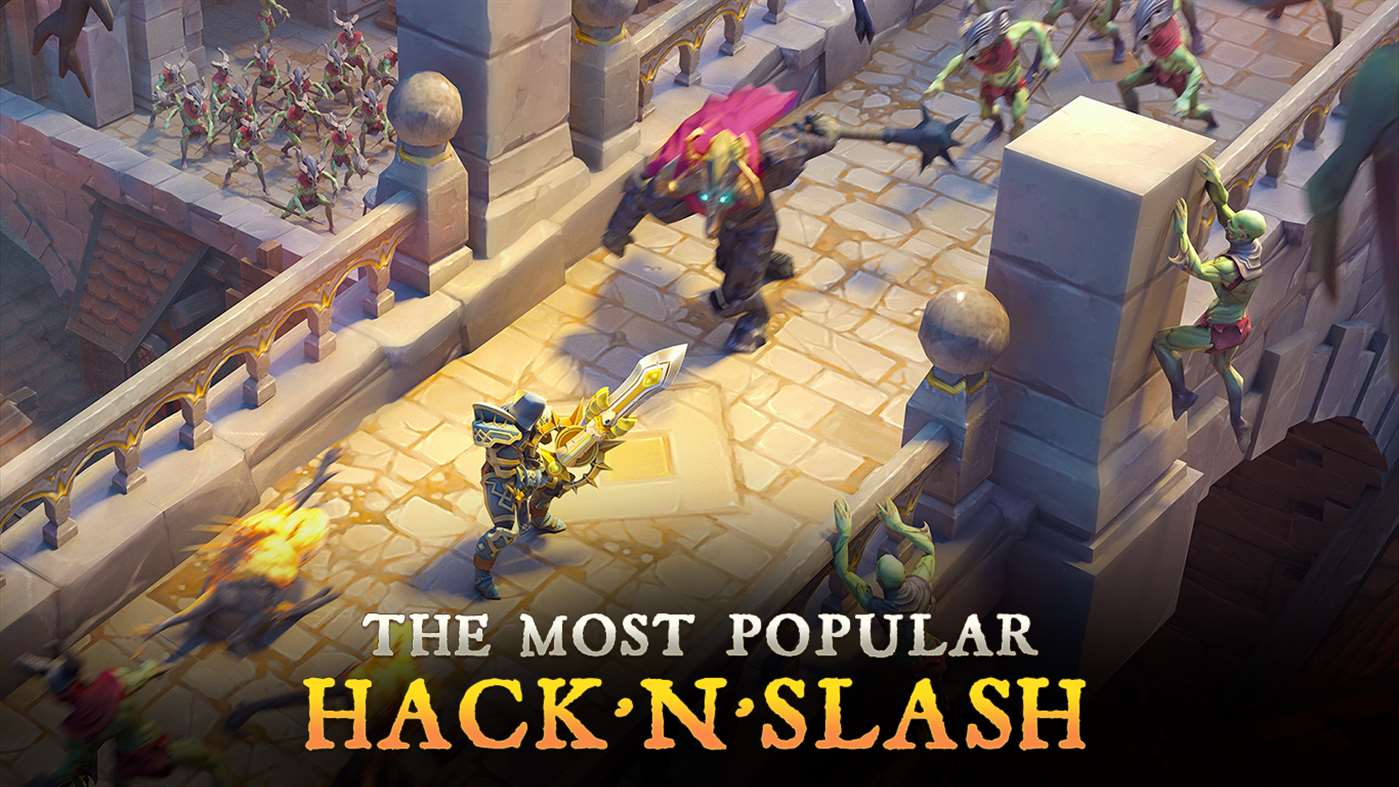 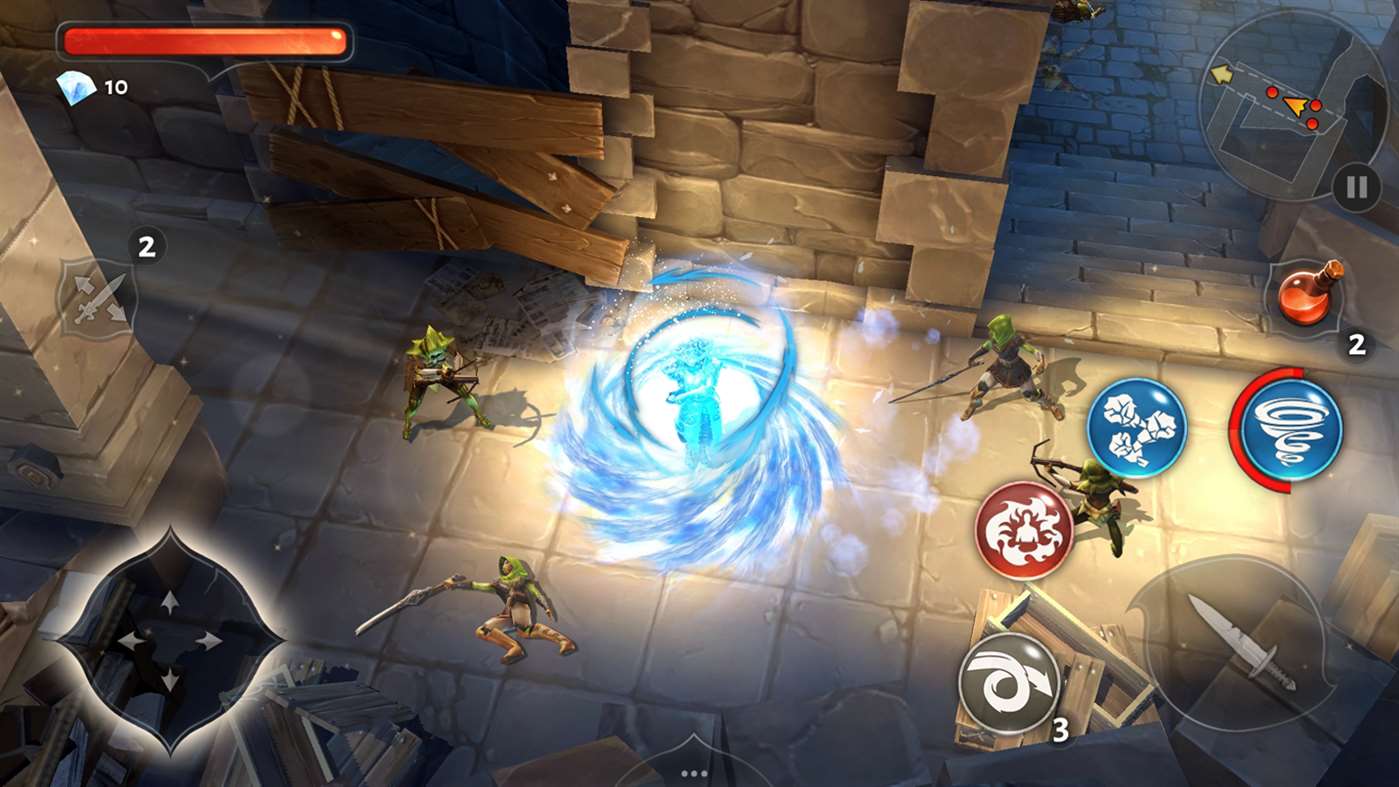 - Amazing animations for your heroes, attacks and slain foes make the entire experience more satisfying.
- Detailed visuals with stunning AAA graphics that bring your MMO adventure to life.
- Explore gorgeous environments, unlike any dungeon game you’ve seen, from the shattered realm of Valenthia to the cold and barbarous Valen Outpost. 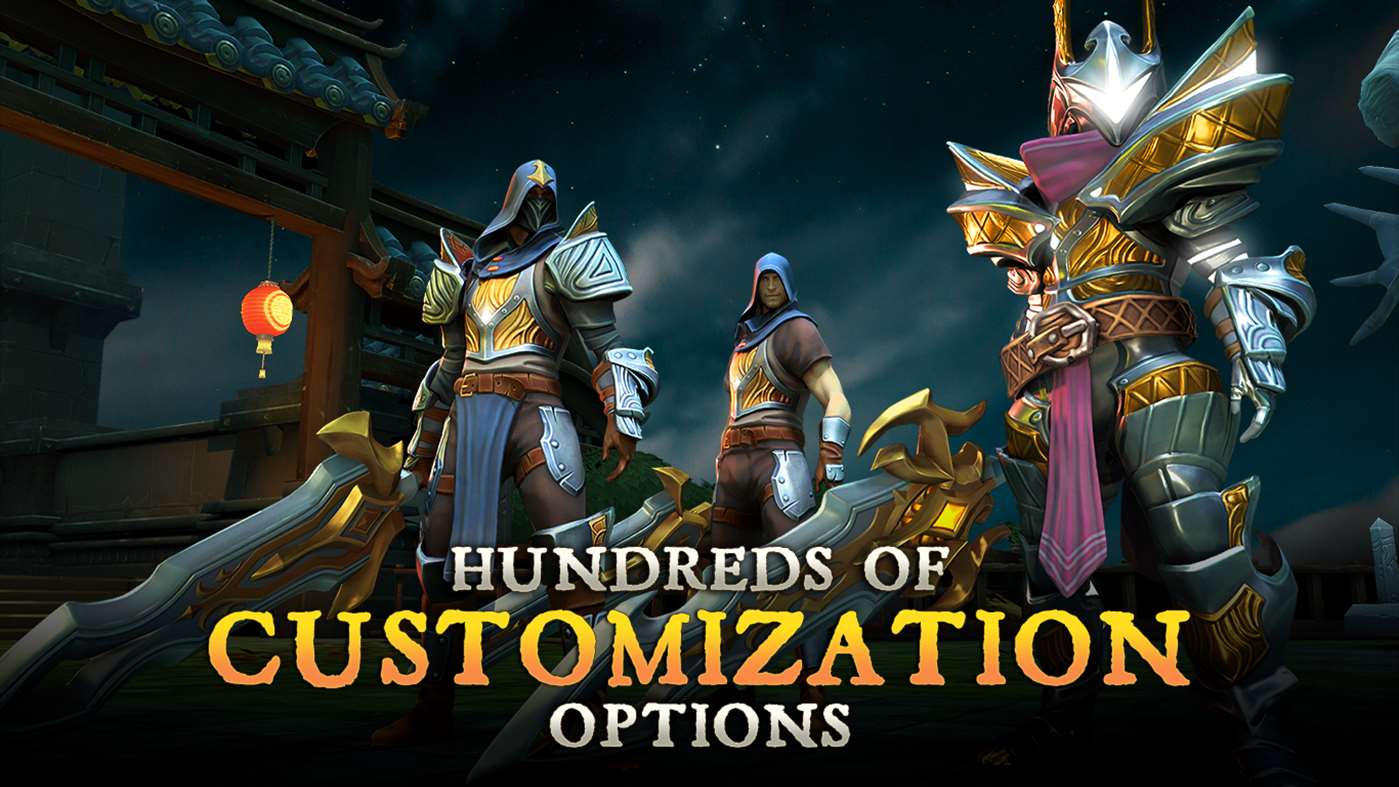 - Wield over 900 pieces of armor and weaponry. Your heroes will need all the customization they can find in this massive RPG adventure game.
- Unleash hundreds of devastating spells and skills in battle.
- Master the Elements by strategically equipping the best weapons, armor, and magic.
- Evolve and Master gear to compete in PvP and PvE features like the Arena. 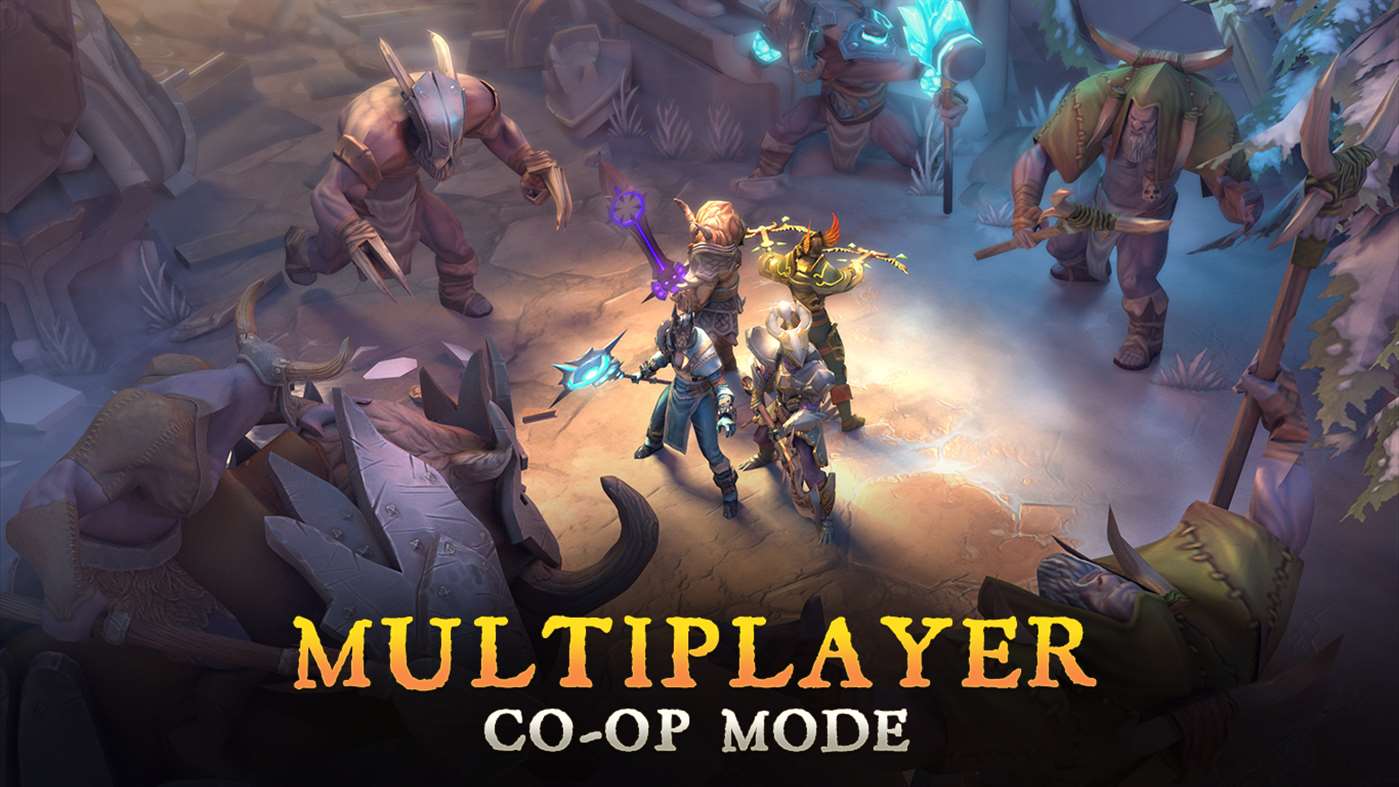 - Rally up to 3 other player heroes to fight side by side in Co-Op multiplayer mode.
- Hire friends as Allies to help you become a great slayer of evil along with your journey of vengeance, where you'll discover arcane legends.
- Join a Guild and clash against other players in competitive battles. 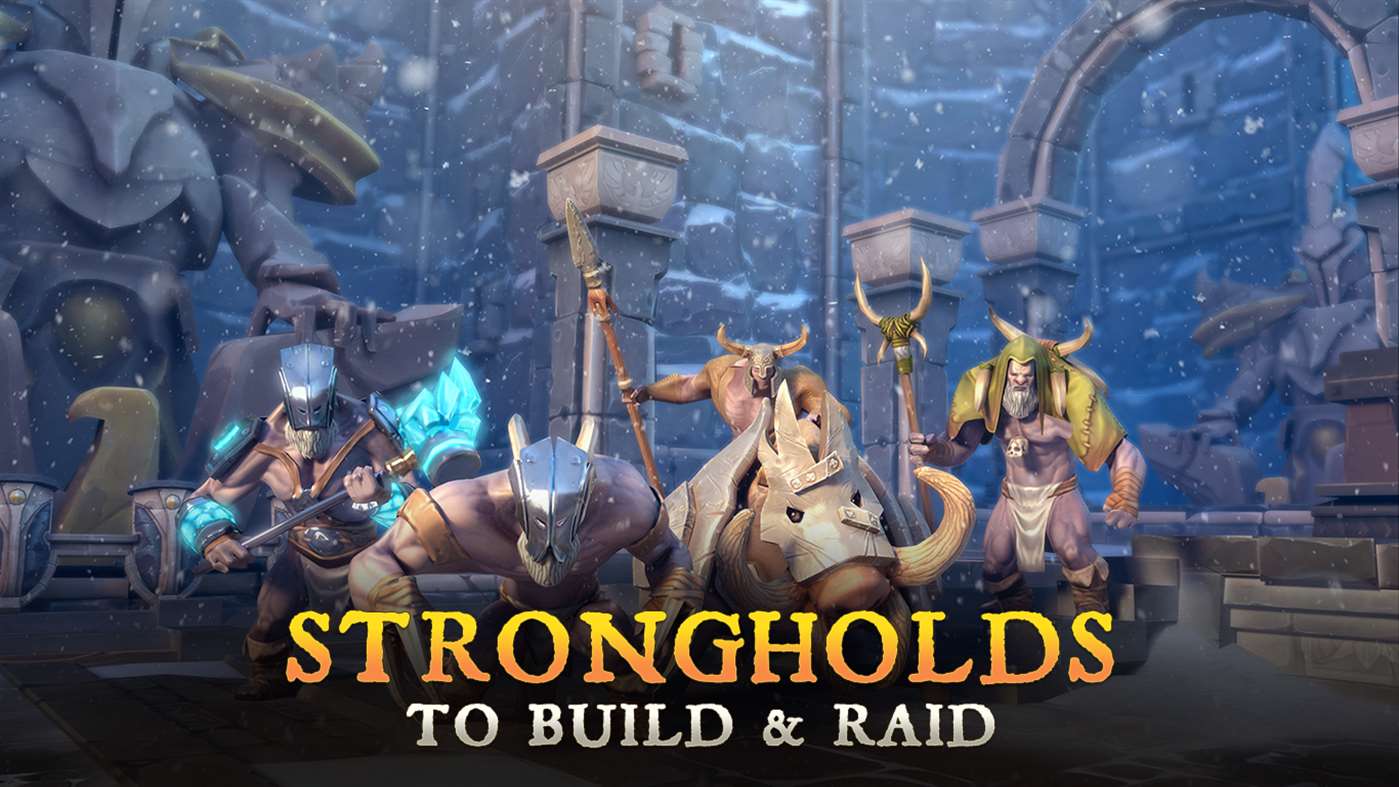 - Build and upgrade a Stronghold in this MMO-style bastion-defense mode.
- Tactically deploy over 230 Minions to 60 Trap Rooms to stop any hunters that dare attack.
- Craft powerful defenders by collecting Minion Shards in Co-Op mode.
- Defy other heroes to try and break into your bastion of traps in this asynchronous MMORPG challenge!

- Daily Dungeons not only provide a fresh dungeon quest for heroes but allow you to collect rare materials to craft powerful equipment and boosts.
- Weekly Events and Legendary Hunts give you the chance to prove yourself a worthy Bounty Hunter as you fight the dungeon boss and unlock exclusive gear in the game.
- Seasonal Challenges add completely unexpected twists to your adventure but offer unique rewards for success.
- Climb the leaderboards as you take down challenges, so everyone will recognize your warrior's legacy! You’ll earn mighty rewards along the way as well.

Join forces with millions of Bounty Hunters online for the most intense hack-and-slash adventure!