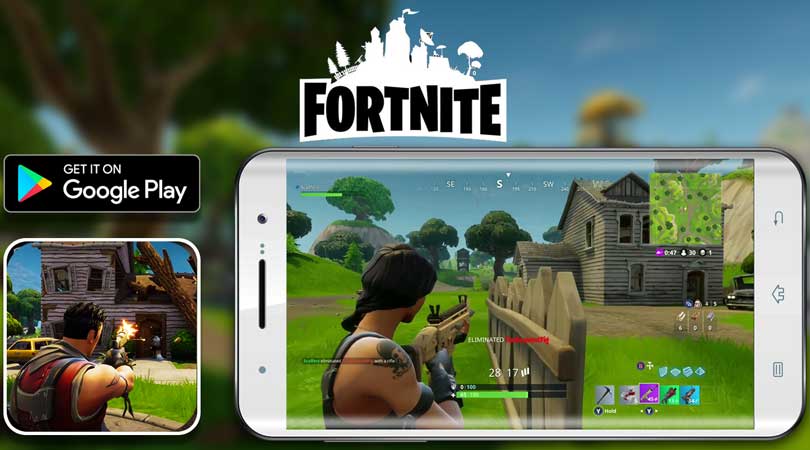 It’s fair to say that there’s a lot of interest surrounding Fortnite Battle Royale right now.
Having polished off a successful season with a rocket launch and the crack in the sky mystery, Epic Games are now turning their attention to the future. This will include the launch of season 5, as well as the announcement of the official Fortnite Android release date.

One of the benefits that helps drive interest in Fortnite on mobile is that players can share their experience and cosmetics across many platforms. This feature isn’t currently available on the PS4 when it comes to the Xbox One and Nintendo Switch, although, there’s always the slim chance this will change in the future. When it comes to the final Android release date, there has been speculation over whether a beta launch is coming.

Epic Games opted for an invite-only launch on iOS, earlier this year and the same could be done on Android, especially when you consider how much different hardware choices there are. Server surges could also be a factor in Epic Games trying to control the intake of players, what with the game being free-to-play.

The earliest date for a Fortnite Mobile release this summer is in late July, although the wait could technically last until mid-September. From what we know so far, Epic Games will only benefit from a release on the Android platform. However, if they can also make it as smooth as possible, it will improve their chances of keeping players engaged. Recent data suggests that most of Fortnite’s profits currently stem from the consoles, rather than mobile. This would suggest that a lot of players could be using the mobile platform as their secondary device, rather than the primary input.

Whatever that might mean for it in the future, providing a platform that helps keep players engaged will only help to maintain its successes in 2018.