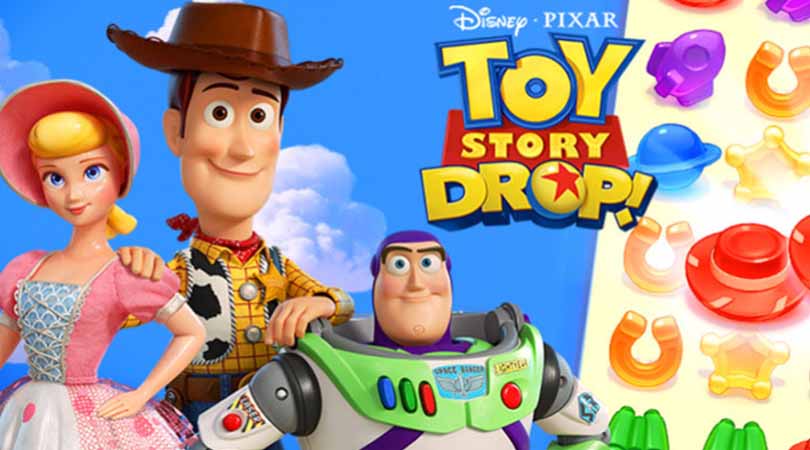 Big Fish Games is adding new character-themed playsets and bonus chapters to its Toy Story Drop! mobile game with the launch of the Toy Story 4 movie, which opens in theaters today.
Now, in partnership with Disney Pixar, the match-3 game set in the Toy Story universe has some extra stuff.

The game lets players clear hundreds of puzzles to help favorite characters like Woody and Buzz Lightyear overcome larger-than-life obstacles as they journey across locations such as Andy’s Room and Pizza Planet. 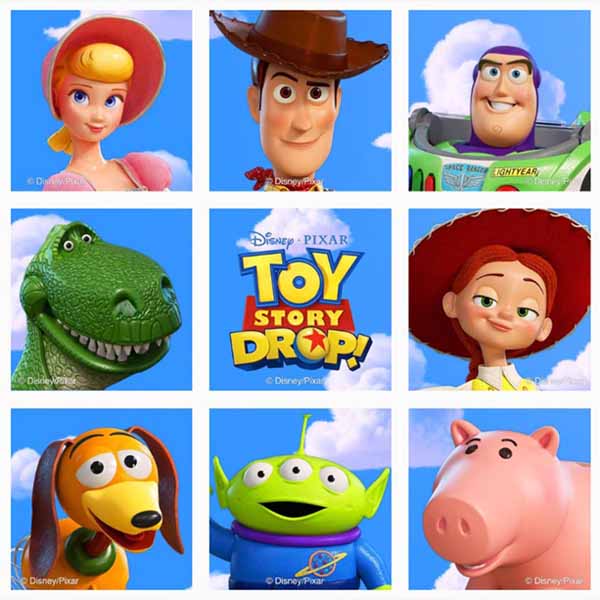 The game has characters, friendships, locations, environments, and motifs from the entire Toy Story universe, including Toy Story 4, the first new film in the series since 2010.

Players can also unlock bonus gameplay driven by new Toy Story narrative adventures inspired by the toys’ unique worlds. Players can help Sheriff Woody and his posse of friends track down Evil Doctor Porkchop who has robbed the bank or join Buzz Lightyear to protect a top-secret prototype from Zurg’s clutches.

“Toy Story Drop! represents an exciting new opportunity for fans to play inside the world of Toy Story and interact with new and beloved characters,” said Sean Shoptaw, senior vice president at Disney, in a statement. “Big Fish has masterfully combined their expertise for creating top-tier match 3 games with the treasured Toy Story universe to create something special and we are thrilled that today, fans will be able to experience all the fun and adventure of the game for themselves.”

Toy Story Drop! gameplay features:
You can journey across iconic locations while matching three or more colorful marbles on the board to meet level goals, rescue stuck toys and overcome obstacles to unlock new levels.
Or you can unlock fully themed bonus levels with original narrative content by collecting and assembling character-themed sets of beloved characters, accessories and set pieces.
Then you can do combinations to unleash more powerful play: bouncy Pixar Balls bump away big groups of marbles, rockets blast off to clear random tiles, jack-in-the-box boosts punch through entire lines on the board and disco balls clear all pieces of one color.
And you can unlock special items for added strategy and fun: zap away pieces with the Aliens’ flying saucer and swap marbles with The Claw. 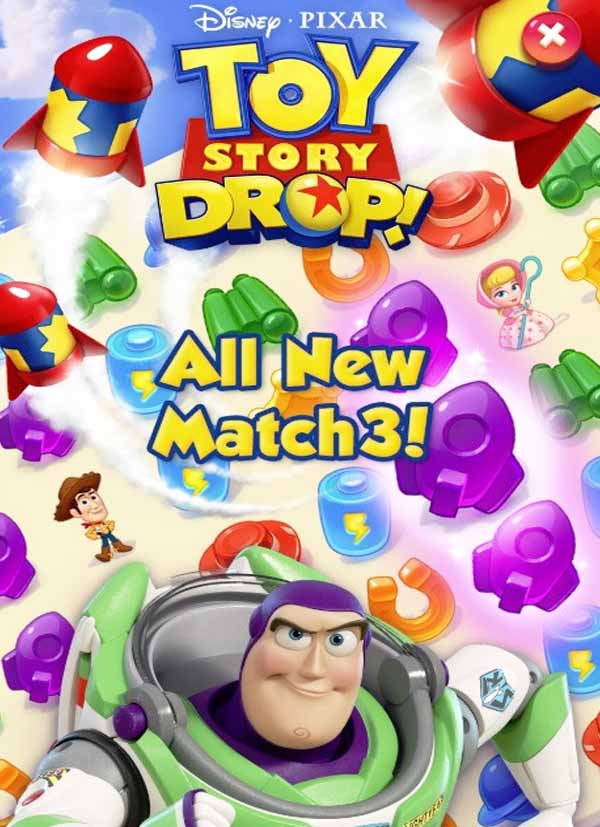 Big Fish expects to release additional Toy Story Drop! content every few weeks. The nice thing about licensed mobile games is you can add new stuff to them whenever new content arrives for the intellectual property. That’s happening with the debut of Toy Story 4.

Toy Story Drop!, by the developer of Gummy Drop!, is available worldwide on the App Store, Google Play and the Amazon Appstore beginning today. It is coming soon to the Microsoft Store on Windows 10.