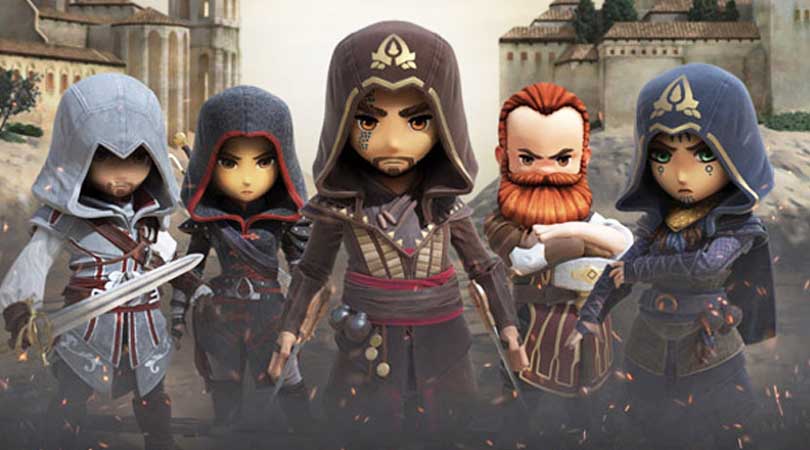 Assassin's Creed Rebellion is the official mobile Strategy-RPG of the Assassin's Creed universe. It feels like Ubisoft's best stab at a mobile Assassin's Creed to date.
Display with cute-chibbi style incredibly cute little sprites murdering each other, sometimes rather viciously, but somehow, it just works and works well. 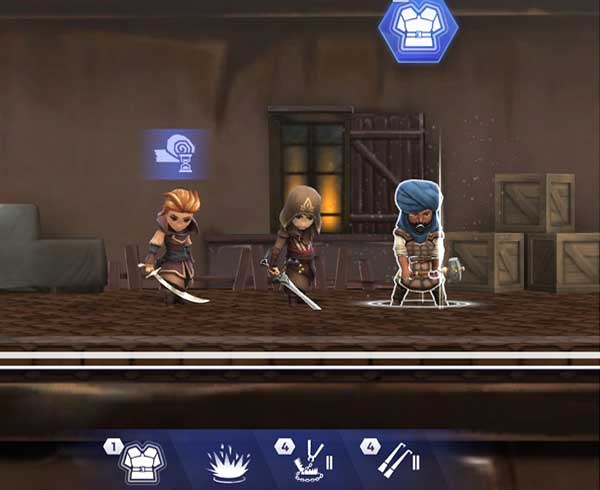 The main story takes place during the Renaissance and begins with Aguilar deh Nerha left to build a branch of the Assassins essentially from the ground up. Except for a nice little fortress that needs to be renovated and later expanded as the branch grows. From that point the story is a familiar one in the AC world and involves chasing down intel on the Templars (who control the Inquisition), hunting said Templars down, preventing them from obtaining Pieces of Eden, failing, and chasing them some more in order to relieve them of their ill-gotten artifacts. 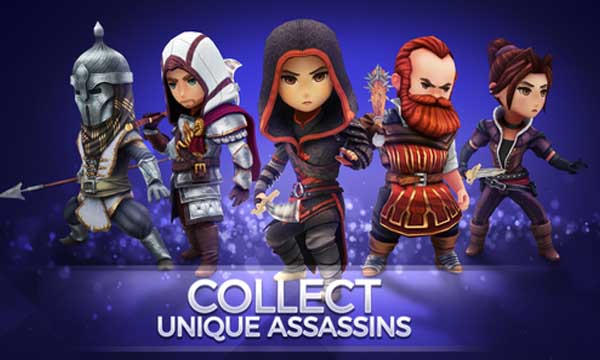 Exclusively developed for mobile, a new version of the Animus allows us to experience memories from the past and play with different Assassins simultaneously. Gather powerful Assassins in a single Brotherhood and unite against the Templars and the opression raging in Spain.
Gameplay is split between Fallout Shelter-style base building - filling rooms in your 15th century Spanish headquarters with places where you can, for example, train your Assassins or gather intelligence - and then Assassin's Creed Chronicles-style side-scrolling missions.

Each side-scrolling mission has you build a team of heroes with a mix of skills, then select which you want to tackle a specific mission area. So, for example, you may come up against a room which requires stealth to clear - you'll want someone talented at being sneaky for that - and then for the next room someone with strong DPS, or who can disable traps.

One of Rebellion's strengths is its enormous recruitable cast, which is at present heavily weighted towards the series' classic Renaissance-era heydey. The game's opening stars legendary Assassin Ezio palling up with Assassin's Creed movie stars Aguilar and Maria. Play along with assassins Ezio, Aguilar, Shao Jun, and many different Assassins simultaneously for the first time ever!