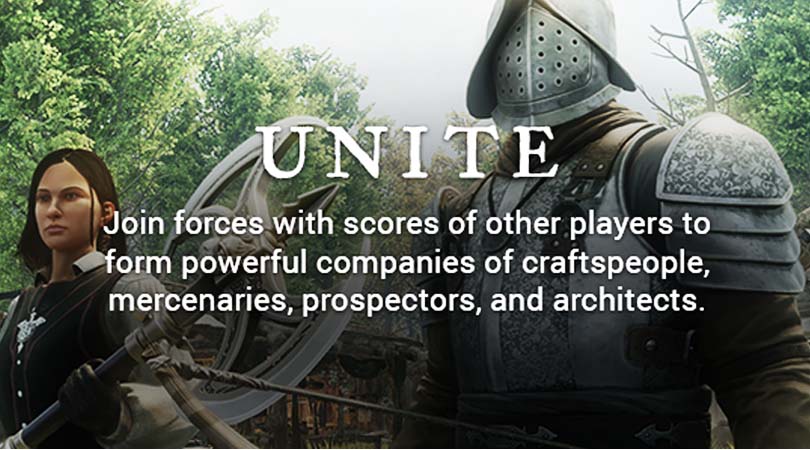 Amazon Studios is creating its own fantasy massively multiplayer online game, NEW WORLD. It’s set in an alternate reality, set in 17th-century colonial America where magic is real. Devs tease nature things out in the wild and horrible things hiding in the shadows, so let’s go ahead and assume there will be fantastical monsters aplenty.

The game is set in a fictional landmass in the Atlantic, located near Bermuda. The timeframe is the mid-1600s, which is the same period as the first settlements by English colonists in North America.

New World MMO is adventure game teems with personality, teamwork, crafting, and combat. How you play and what you do, and what sort of player you are is entirely up to you. In the only brief teaser video we have for New World, the devs tease that you can be a farmer, a soldier who protects others, an explorer, or anything else you want to be in this world. 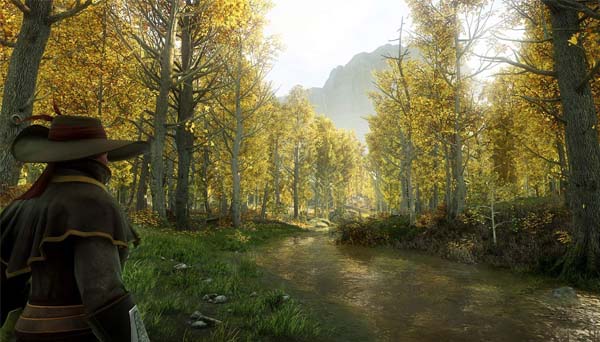 It’s a team-based player-vs-player survival game with elements of exploration, resource exploitation, and expansion. I become part of a guild that creates our own culture, which can range from murderous warmongering to utopian idealism.

Here’s the setup: I am a settler, who’s landed on the pristine shores of a “new world.” I own nothing. So, I scavenge and craft. I team up with others and build a settlement. I specialize in warfare or building or farming or manufacturing. With my people, I defend our settlement from rivals. Perhaps I wage war, killing them to take their homes and their resources. 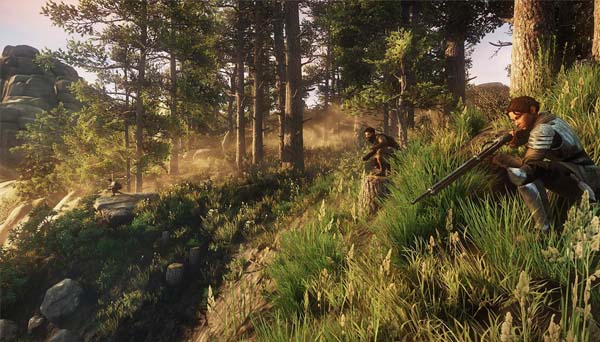 New World’s colonists wear the sort of clothes and armor you might expect to see in a fictional account of 17th-century Europe, around the time of the Plymouth Colony. That said, the colonists are not explicitly Europeans. In the player-character creation tool — which I have not seen — I’m told I can select from two genders and a variety of races. 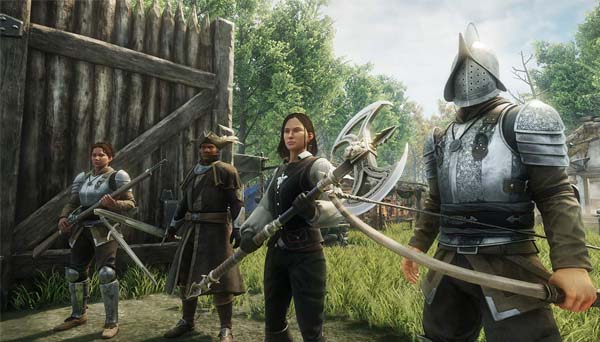 The geography feels like an imagined, pre-colonized British America, with woodlands, lush meadows, swamps mountain ridges. The world includes ancient artifacts from a lost civilization. Supernatural strangeness abounds. Players can use magic, for healing and such, as well as technologies like gunpowder and flintlock rifles.

But the real test is going to be in how the game plays out there in the real world, where many a PvP experiment has been ground to dust.

A beta is planned “soon.” No word yet on date, or if the game will be free-to-play or a standard purchase. We’ll have more in the weeks ahead.