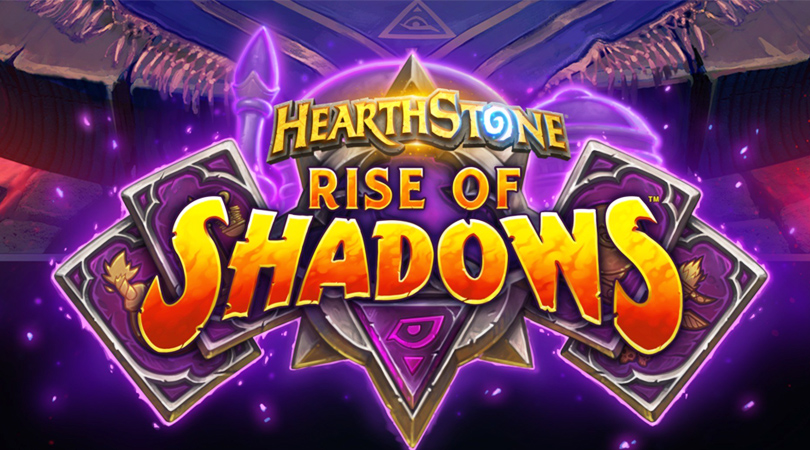 already tease their loyal cardboard game player with a Pre-Release season called "Rise of Shadows". Sounds there’s certainly something villainous in the offing—scowls and menacing looks abound as the unmistakable scent of E.V.I.L. fills the air. 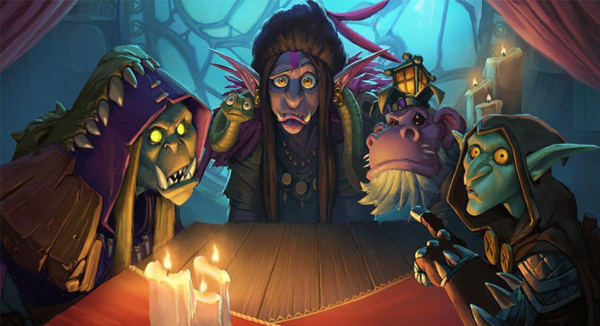 In addition to opening your packs early, the Rise of Shadows Pre-Release will also feature Fireside Brawls that will let you play with your shiny new cards before the official release. 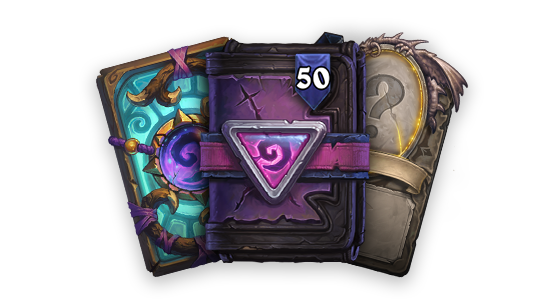 Well, as you can check on the official website, In the Rise of Shadows: No Cards Barred! Brawl, you’ll be able to construct decks using the cards that you open during the Pre-Release event.

Pre-Release parties are no longer limited events. This means that anyone can host a Pre-Release, whether you’re an established innkeeper, college student or campus organizer, or simply someone who wants to set up an exciting weekend activity for your family and friends. 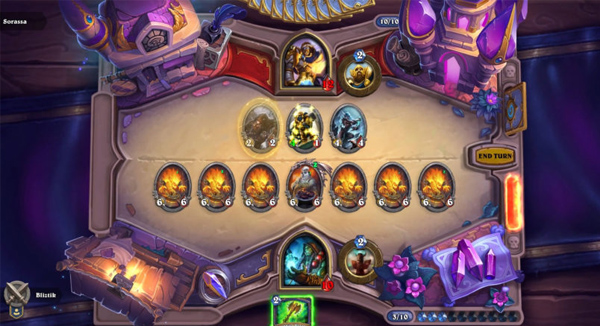 There’s also An E.V.I.L. Recipe, a pre-constructed Brawl that will include new deck recipes from the upcoming set for you to play with. You won’t need to have pre-purchased packs in order to play this Brawl, though you might want to do so to maximize your Pre-release experience!
Host a Rise of Shadows Pre-Release Party
Kick things off by heading over to FiresideGatherings.com. Be sure to indicate if your event will be open to the public, or unlisted for just close friends and family. Public events will be approved automatically.

If you’re hosting your own event, here’s some art you can use to welcome potential attendees:
Year of the Dragon Tournament Bracket
League of E.V.I.L. Calling Card
of Shadows Poster

Here's a quick overview of what's to come in the new expansion. 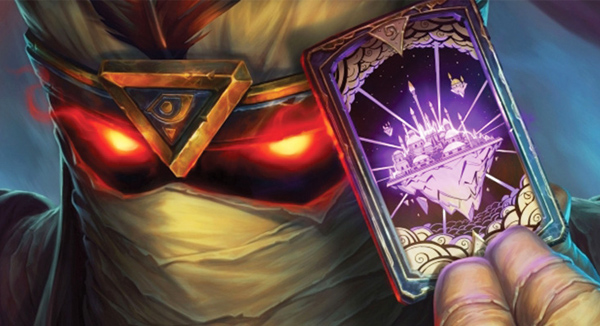 Release Date: April 9th, 2019
Pre-Release Date: April 5th, 2019
Single-Player Content: May 2019
New Cards: 135 New Cards!
Check out all the new cards right here!
Lackey Tokens: "What is a villain without an army of disposable ? As a promising villain in you will have access to lackeys, 1/1 minions with devious ."
Scheme Cards: "Scheme cards grow stronger the longer they remain in your hand. It’s the three P’s of villainy: planning, patience, and !"
New Keyword, : "Spells so nice, you cast them twice! When you cast a , a copy of that spell is added to your hand (without the keyword)."
Theme: The theme revolves around former expansion leaders putting together a super-villain team! Arch-Thief , Dr. Boom, King Togwaggle, Hagatha the Witch, and the Fortune Teller are heading towards Dalaran to reign down some terror upon it. The future expansion of Year of the Dragon will play upon this theme, so don't be surprised to see a team of heroes merge to fight this menace!
Single-Player Mode: This is going to be and new and not necessarily completely tied to the expansion. The mode is getting a big overhaul with a bunch of new features, but you'll need to purchase it separately ($19.99 USD or 700 Gold per Chapter) and it no longer comes free with the expansion. It will be released a month after the release of of Shadows.